This beautiful Newport, Rhode Island retreat that we had the privilege to work on was recently featured in Flower Magazine. The home continues the client's family legacy of entertaining amongst a gorgeous landscape with panoramic views along the coast. 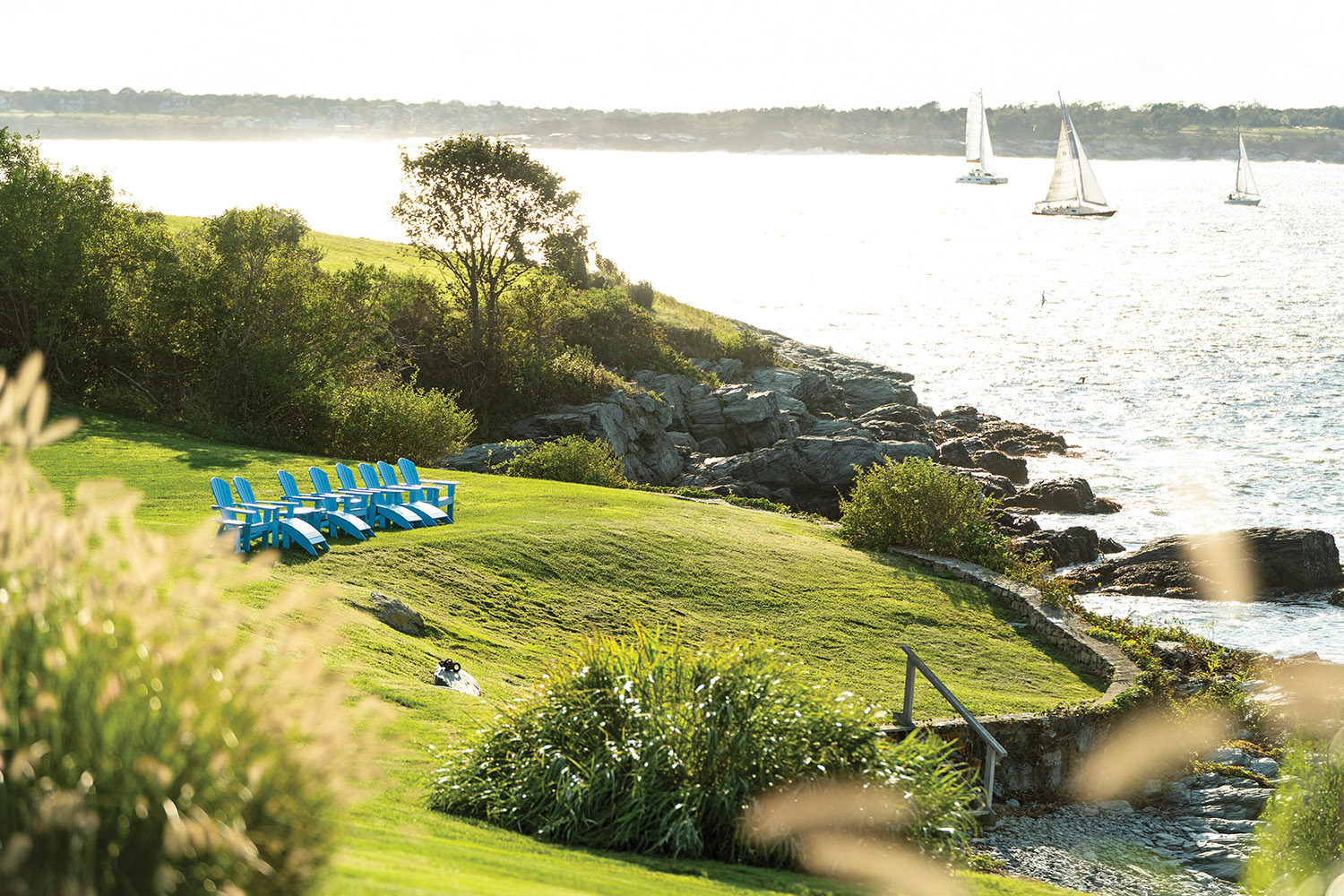 As the couple spent the next few years entertaining friends and hosting various benefits for favorite local nonprofits— including Newport Hospital; Newport Historical Society; Boys and Girls Clubs of Newport County; and The Newport Show, an antiques show that Anne founded and has run for the last 15 years—they realized their existing outdoor gathering spaces needed an overhaul that would better accommodate large groups. They also wanted to upgrade the recreational facilities for their children and grandchildren to enjoy.

To tackle the project, Matt and Anne contacted Hoerr Schaudt, a Chicago-based architectural landscape firm whose work they admired. “Then, because we believe in supporting local businesses, we hired Middletown builder Kirby Perkins, who I had known when we were kids,” says Matt. 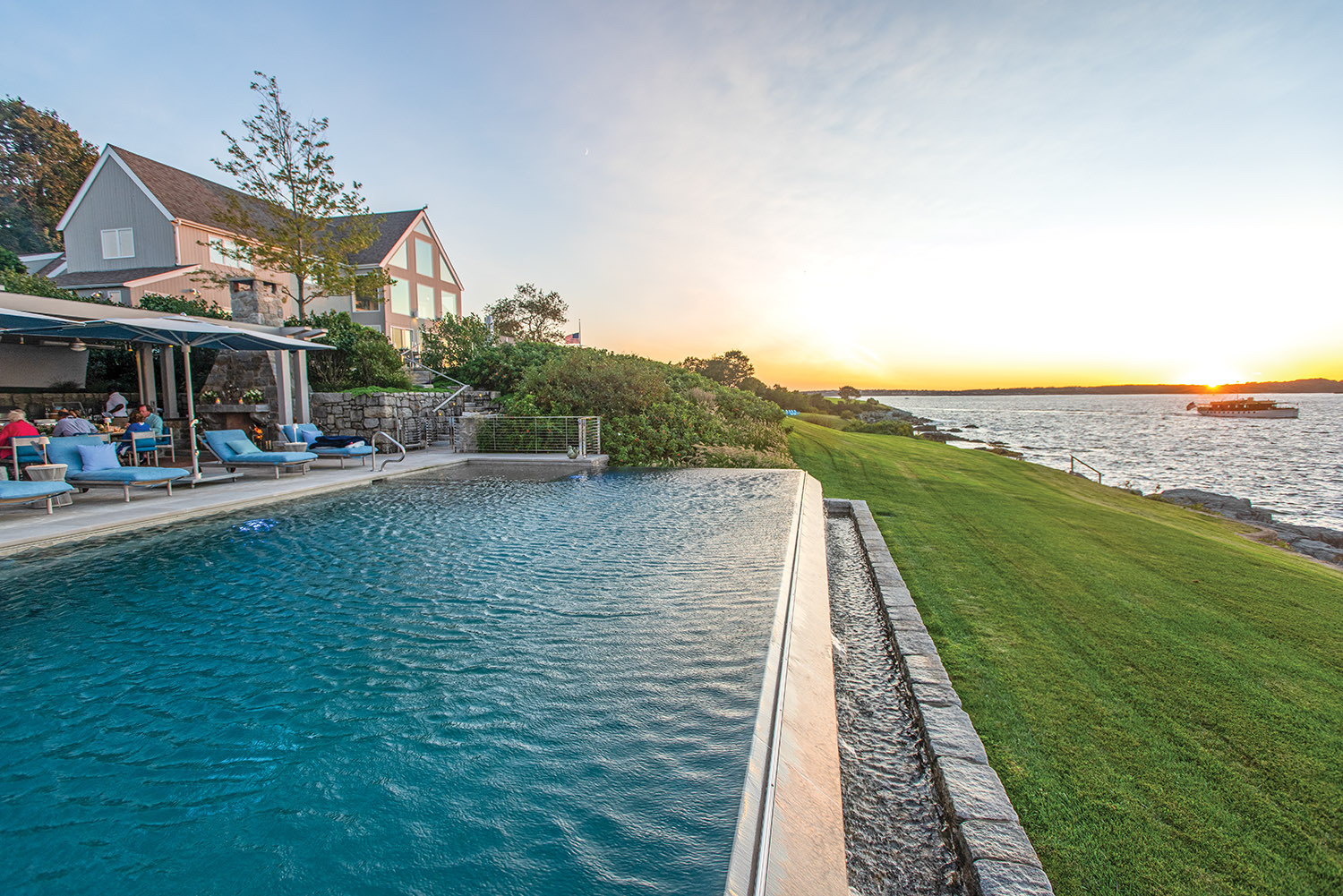 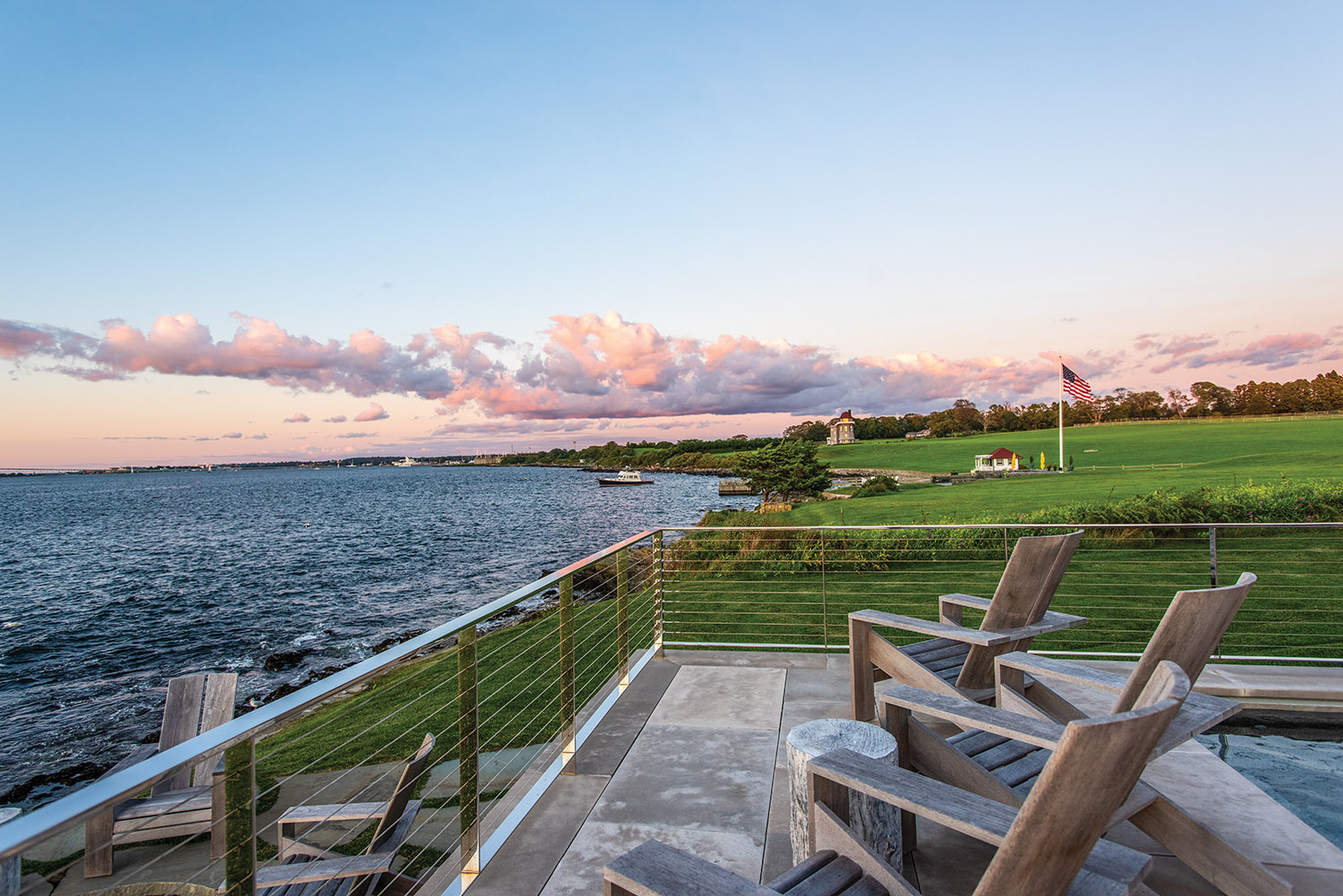 This dream team began by reconfiguring the terrace to make it more user-friendly with the addition of spacious cooking, dining, and sitting areas around two matching fireplaces. A long pergola covers part of the space, providing a sense of separation and a bit of shade. “It becomes an additional house with no walls that has a modern feel,” says Nick Fobes of Hoerr Schaudt. With permission from the Coastal Resources Management Council, the design professionals also refashioned the outdated heart-shaped pool into a sleek, heated infinity pool whose color is compatible with the bay. The surrounding landscape is appropriately embraced by hundreds of native white hydrangeas, lilacs, and waving ornamental grasses.

“This project could not have worked out more perfectly,” says Anne. “At first I thought I wanted a formal garden, but Doug Hoerr reminded me that the ocean is my garden.”

Now she finds herself taking in the view every chance she gets. As she says, “We use the space much more than we ever imagined.” 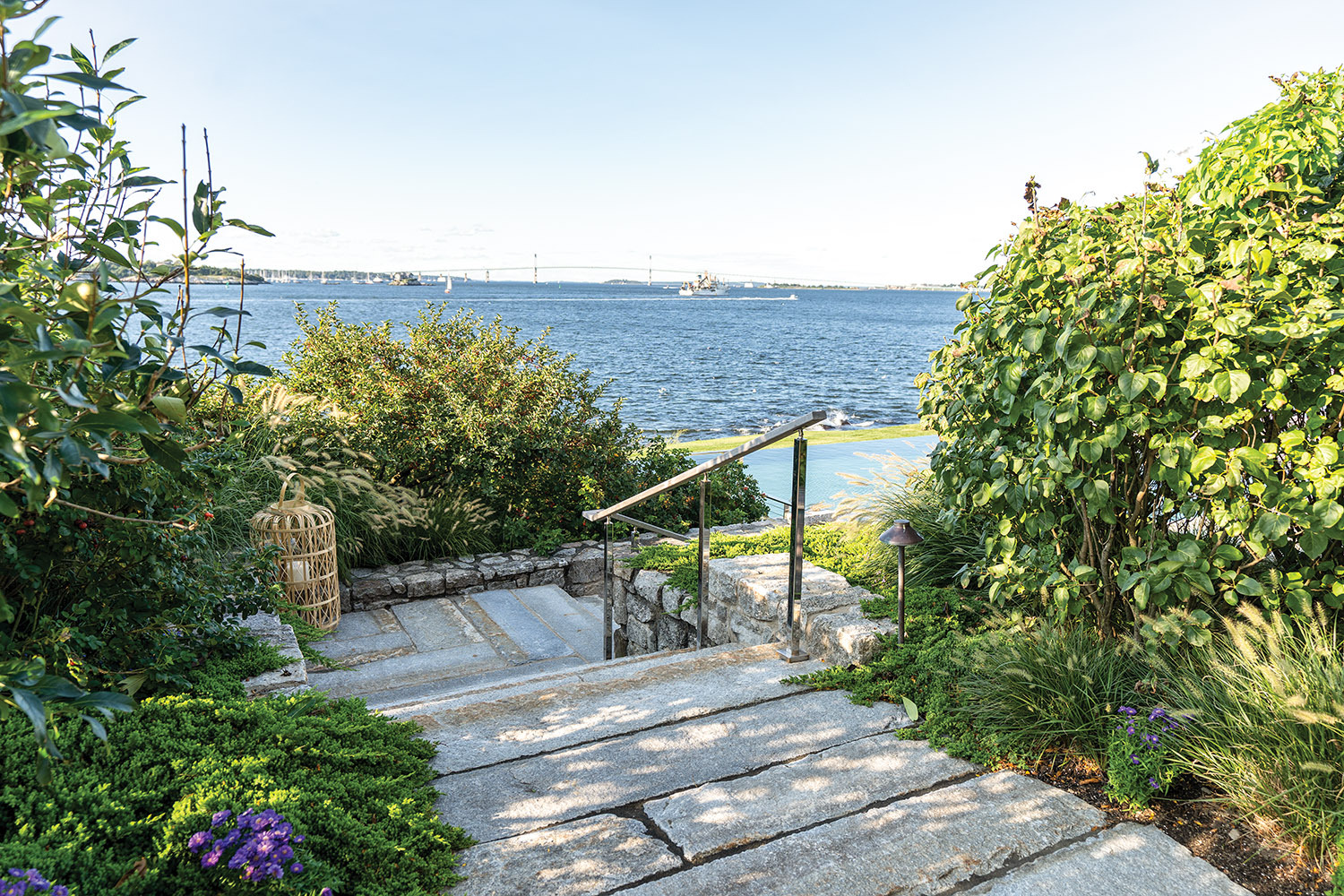 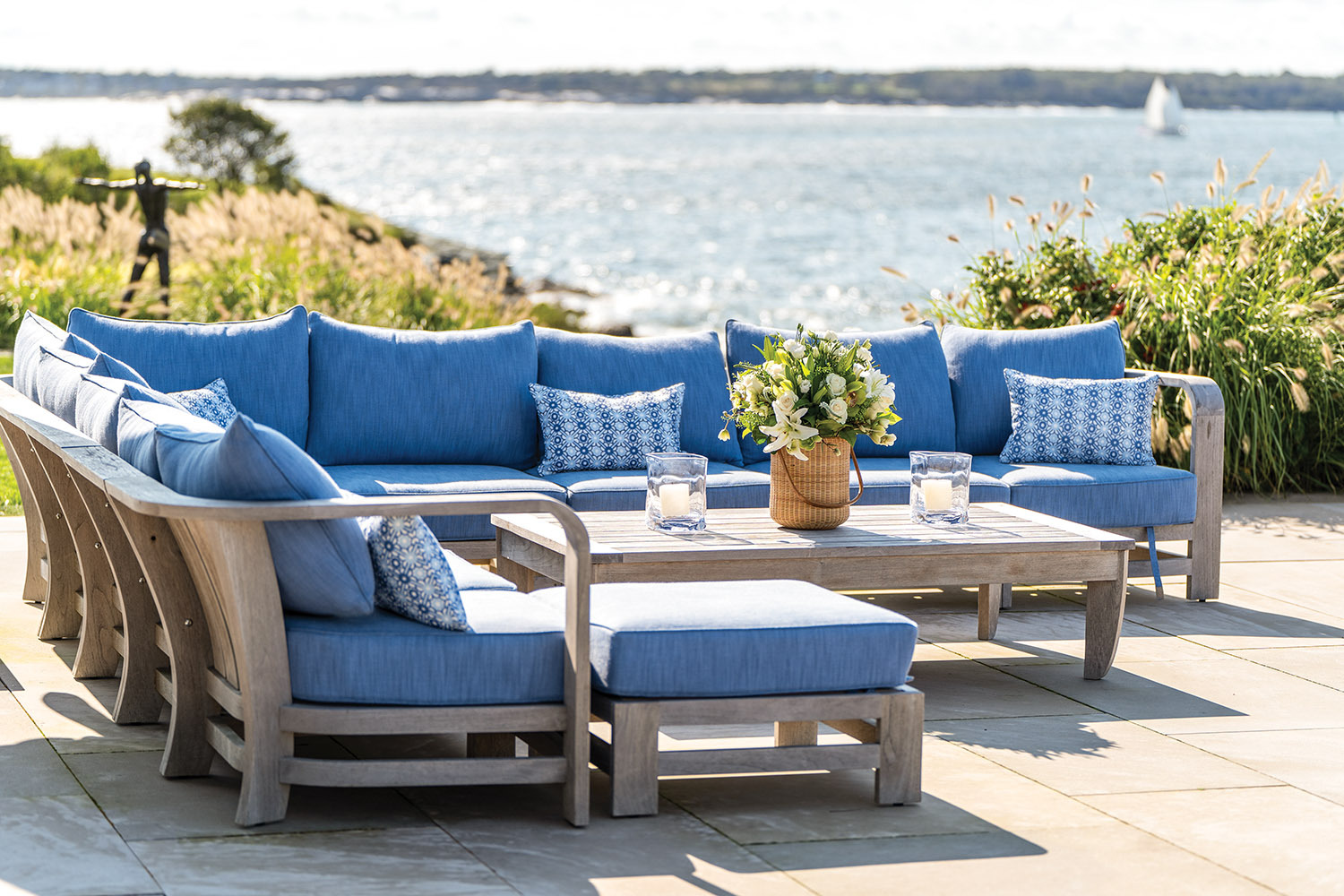 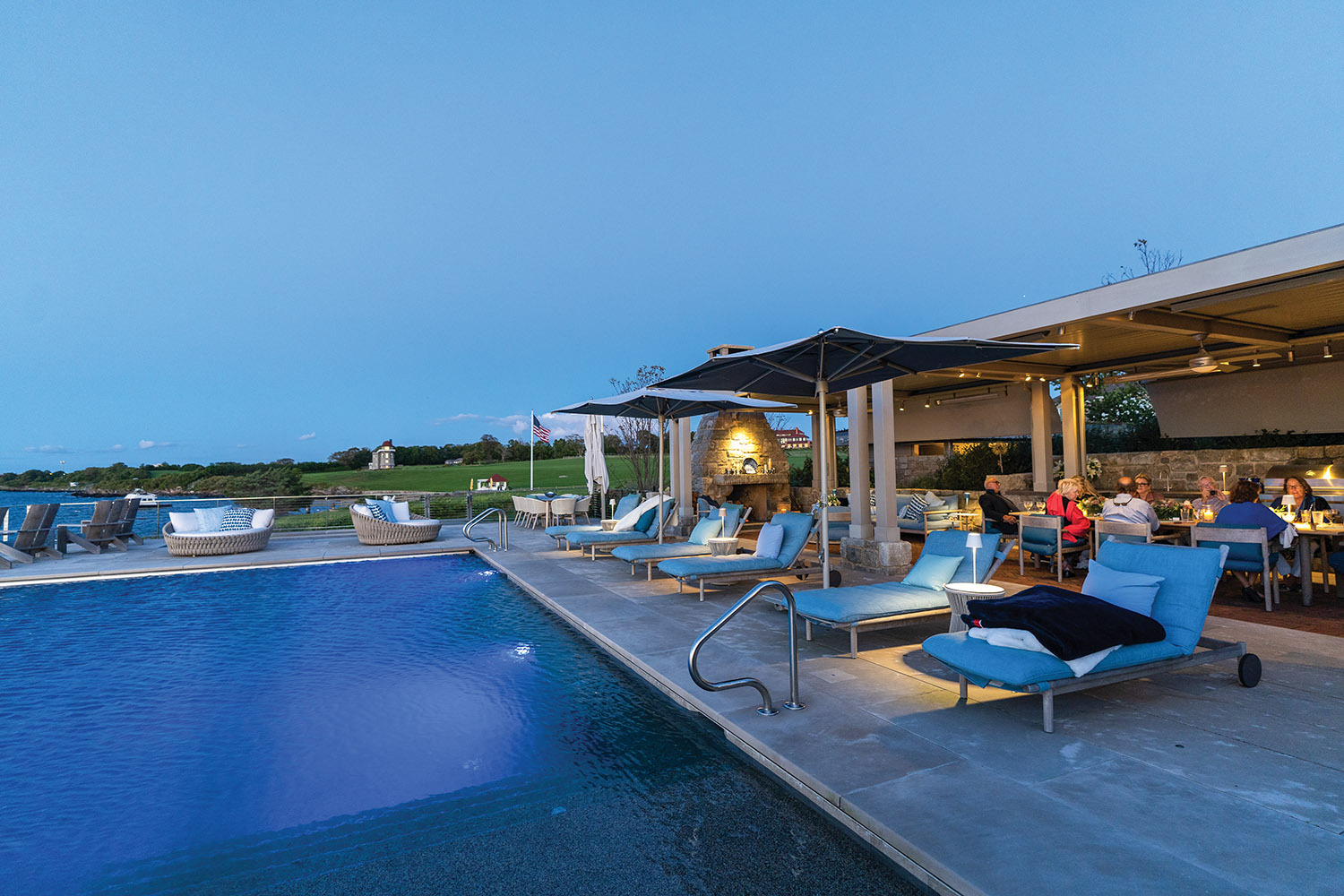